Hi Anxiety: Me My Mum Our Mental Health 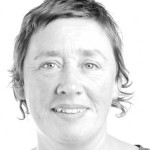 Debs Gatenby formerly trained at Manchester Polytechnic as an actress, she then began doing comedy and created a character called Twinkle – she enjoyed a good few years on the queer comedy cabaret scene as Twinkle and was the first ever performer on stage at the now legendary Duckies club in London, she hosted Duckies and was a regular performer at Tina C’s club in Soho,performed at several Prides and co- hosted Gay Talk on BBC Manchester.

She created several solo shows for Queer Up North. More recently she has been performing as herself, still comedy, but more like storytelling, playing with the themes of therapy, the happiness plateaux and what it is to be really honest.

Her new show is been created for Contact Theatre Short Cuts – The working title is Hi Anxiety – Me My Mum Our Mental Health.