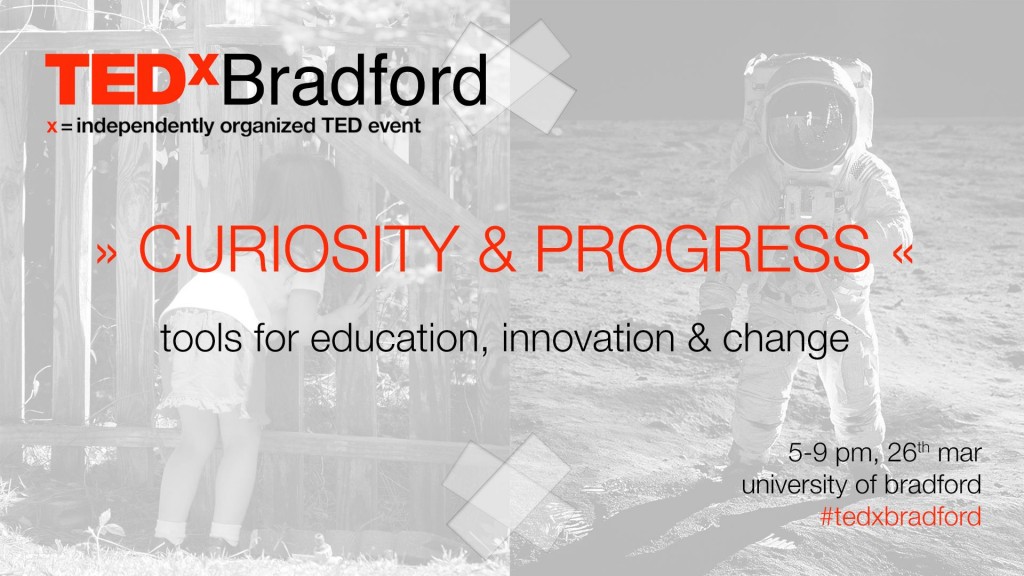 TEDxBradford returns for its fourth edition in the Spring of 2014. Previously, we’ve explored Life Online, The Space Between and This Is Where We Live, this year we’ll be taking a critical look at education and learning as drivers for creativity, innovation and change.

Our city has a history of innovation. The technical advances of the industrial age and innovations which flowed from the production of textiles located Bradford as one of the wealthiest global cities of the era.

Bradford today is in transition, with deep challenges and new possibilities for urban and civic regeneration. TEDxBradford will explore how knowledge can underpin progress and orient the role of education and innovation in this transition.

Finally, TEDxBradford 2014 will be hosted by the University of Bradford, celebrating the 40th anniversary of its Division of Peace Studies, an opportune moment to reflect on whether the world is becoming more peaceful and exploring the global challenges of the 21st century in the receding shadow of the Cold War.

We hope you’ll join us in a journey of Curiosity and Progress, with stories from changemakers on education, innovation and change.


Speakers of TEDxBradford 2014: Curiosity and Progress