World Security in the Digital Age 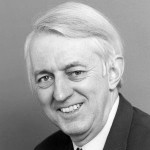 Paul Rogers is Professor of Peace Studies at Bradford University. He worked originally in the biological and environmental sciences, including lecturing at Imperial College, London, but has worked for the past 30 years on international security. He is a consultant to Oxford Research Group, an independent UK think tank, and also writes a weekly analysis of international security issues for www.opendemocracy.net.

He is a regular radio and TV commentator for international networks and can be found on Twitter as @profprogers.