Creating More Value Than You Capture (via Skype) 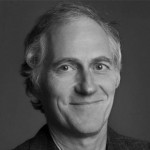 Tim O’Reilly is the founder and CEO of O’Reilly Media, largely considered to be the world’s foremost computer book publisher.

Tim has built an exceptional reputation as one of Silicon Valley’s most farsighted individuals, famously defining his work as “changing the world by spreading the knowledge of innovators” and to ”amplify the faint signals of the alpha-geeks.”

Tim’s has been are the forefront of almost every noteworthy development in computing for over 30 years; publishing ebooks, the first commercial websites, popularising the open source and web 2.0 movements and galvanising technologists into activism under the umbrella of Gov 2.0 and Code for America.

Though, not a household name like Steve Jobs or Jeff Bezos, Tim is widely understood to be The Oracle of Silicon Valley.

Tim has a special connection with Bradford,  with fond memories of the city during visits to his maternal grandparents. So, it’s a special pleasure to welcome Tim as our guest for TEDxBradford2012, joining us via Skype from Washington DC.

You can find a detailed biography of Tim’s career at O’Reilly Media and in-depth profile at Inc.com.